Our seventh installment of The Library of Female Pirates concludes this week of piracy with the one book we would most highly recommend to anyone interested in female pirates or pirates in general: Under the Black Flag by David Cordingly. Cordingly devotes his fourth chapter to “Women Pirates and Pirates’ Women”. We will not present the complete chapter here because, unlike some of the authors of our older texts, Cordingly is still alive and deserves your support in purchasing this incredible work.

Cordingly’s chapter on female pirates incorporates all of the historical sources our series has shared with you so far, and goes even further. For example, he expands the body of knowledge on Mary Read and Anne Bonny by researching historical documents. This provides the reader with, among other things, this notice of their trial date, complete with antiquated English spellings. 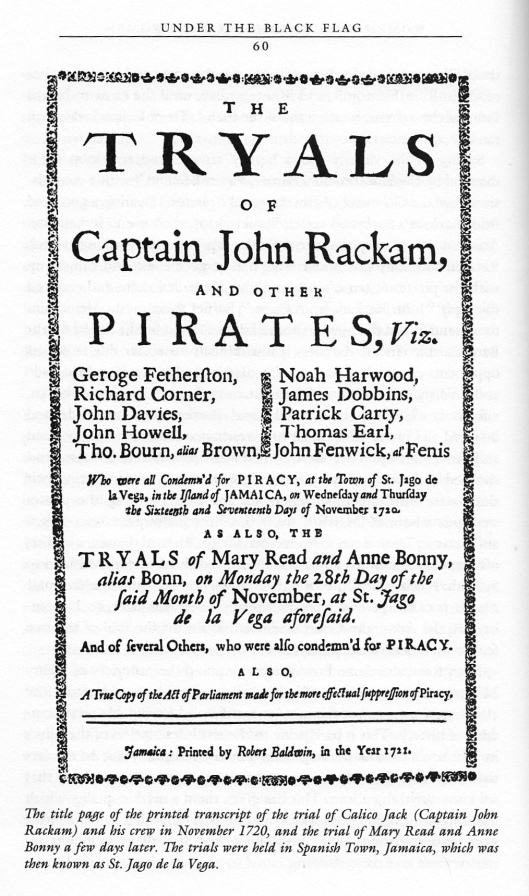 Cordingly also delves into the daily particulars of life which must have confronted females aboard the pirate ships, such as the problem of keeping their gender a secret when the only toilet aboard the ship was a large board, extending off the ship in plain view, with holes cut in it. Cordingly also notes the legendary female pirates were not the only women aboard these ships, and he reveals the conditions of wives and female captives. Finally, he puts the lives of female pirates into perspective by examining the lives of female sailors in general, favorably comparing their capabilities at sea with their male counterparts.

Ching Shih (which Cordingly spells Cheng) also appears in Under the Black Flag, receiving a far more historically knowledgeable treatment than Borges gave her in his fanciful Universal History of Iniquity. Cordingly mentions Alwilda here, essentially recounting Ellms’ brief version. However, Cordingly delves into the life of Grace O’Malley, a female pirate not covered in other texts in our series. Because she has not been given her due yet in this series, we present those pages here in their entirety. 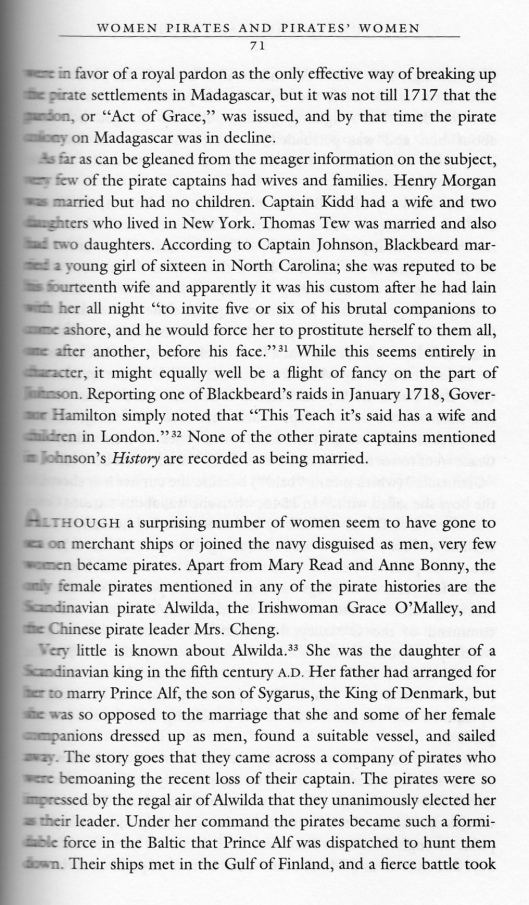 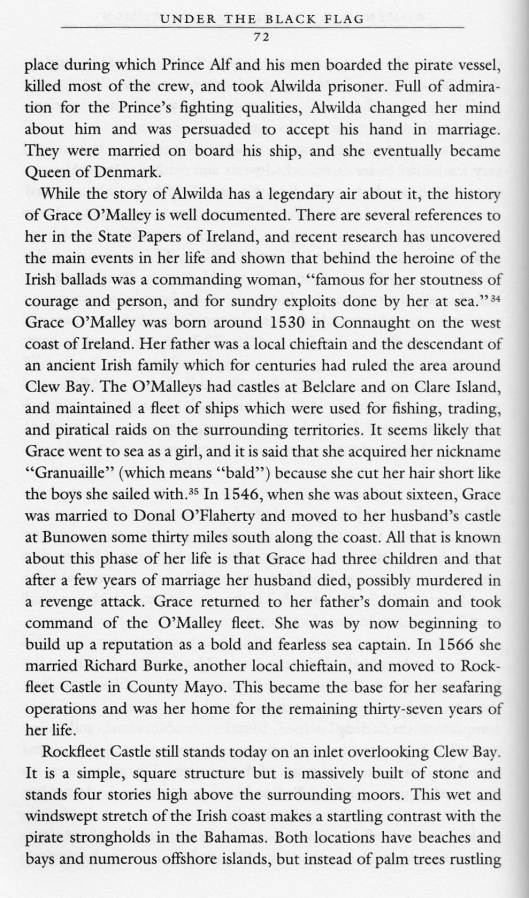 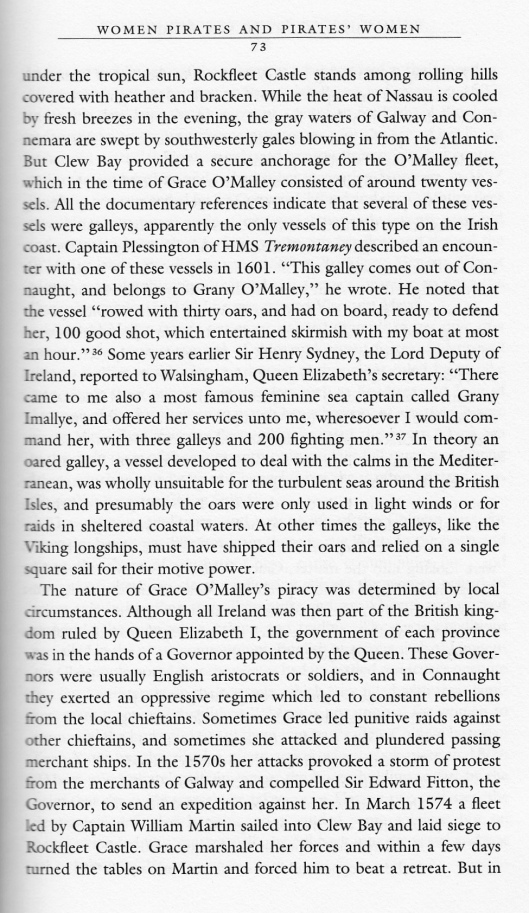 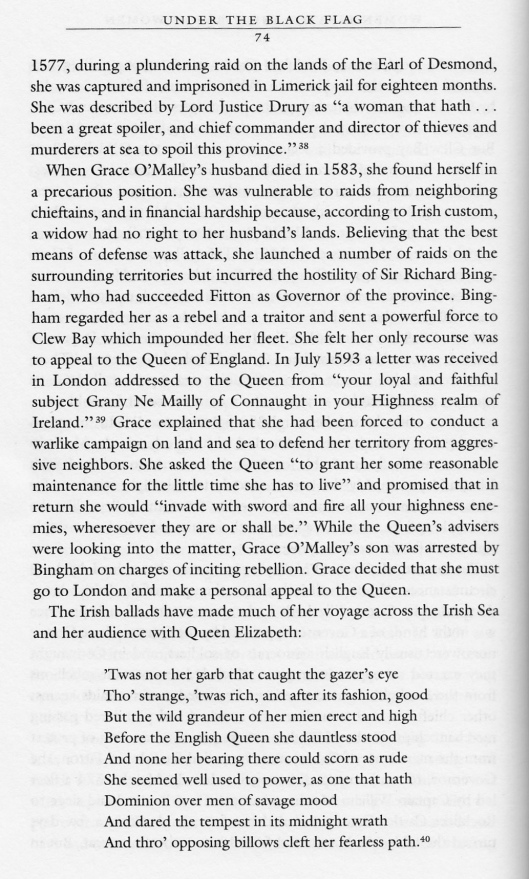 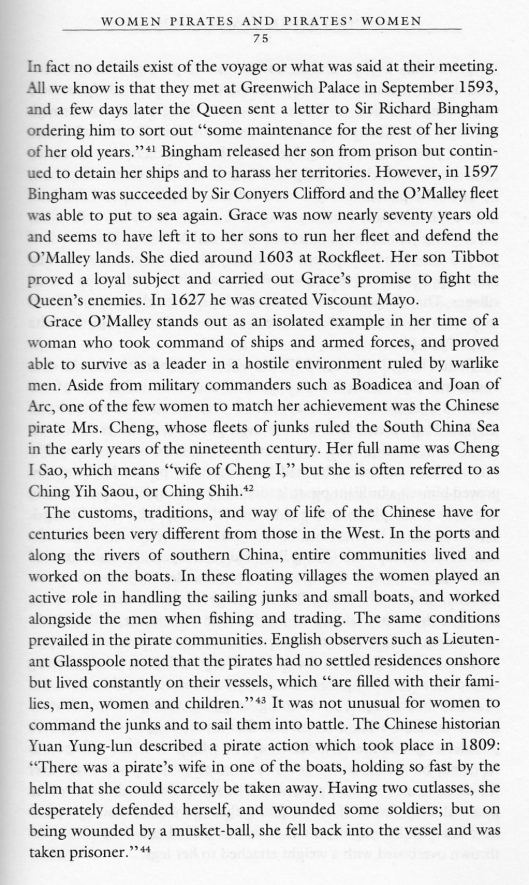 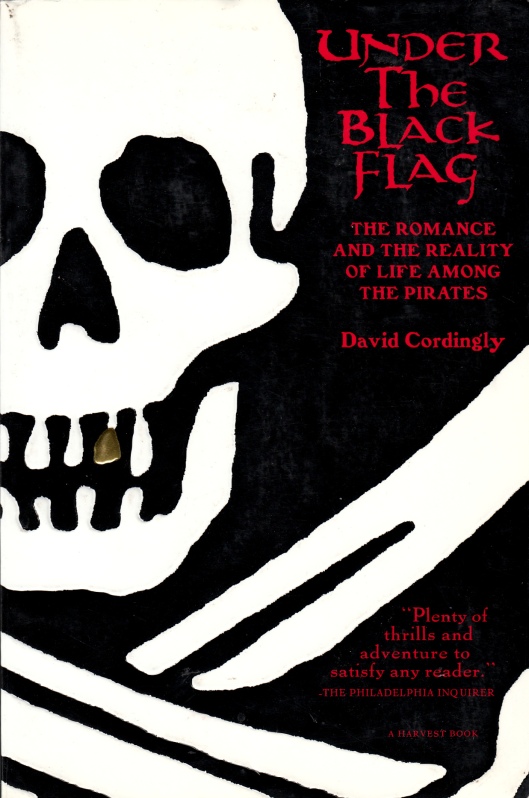 1 thought on “library of female pirates 7”