While My Guitar Gently Annihilates: Electric Improvisations
by Matthew Howard

While My Guitar Gently Annihilates is a seven-year sonic journal of one guitarist’s quest to play the ultimate mind-bending guitar solo. These improvisations ignore conventional song structures, instead employing drones, soundscapes, and layered guitars to propel the fiery fretwork to new heights of shred.

Due to the live nature of these recordings, sound quality may vary from track to track.

Mythos is an instrumental jam influenced by Mediterranean music and Middle-Eastern rhythms, though its changing time signatures and modal explorations are drenched in a rock sensibility.

Kipp’s on Register One contains samples of my bassist buddy Kipp Koren, who also sampled me for his original productions, and we rocked this one on stage a bunch of times with various drummers. It starts pretty and gets funky.

The Wind and the Steam Train is an extended guitar solo improvised with a looper, and it owes a lot to the basic melody of Jethro Tull’s Locomotive Breath, but played against a slow reggae beat. This was fun to do on stage and see just how much weirder I could make it each time. 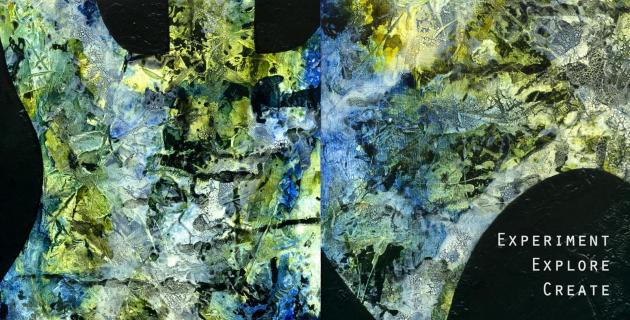 The media release includes an interview about the production of these albums.

Seven Crescents’ predominantly hard rock tracks show progressive influences like odd time signatures and exotic scales. The guitar playing dares to get experimental in search of the ultimate solo, incorporating techniques like slide and two-handed tapping with electronic effects and a loop pedal.

The live and home studio recordings of Seven Crescents span five musically productive years of performing and recording music with friends, from the jazz combo shows to the semi-acoustic album to the rock trio jamming live on the art scene. Many of the tracks on Seven Crescents either became performance pieces for these groups, or resulted from jamming out ideas with them. Seven Crescents includes tracks never before released on compact disc, and also the best of several albums which were sold as concert-only promotional items.

Due to the live nature of these recordings, sound quality may vary from track to track.

Skinny Dipping is a heavy instrumental rock piece in 7/4, and though it isn’t very melodic, the driving rhythms are overlaid with sharp, angular guitar textures inspired by one of my favorite bands: Fugazi.

D-Type Planet is where my jam buddy John Meloy liked to say I lived, and this improvised solo on my Wechter Patchmaker acoustic/electric is in a variation of open D tuning just to prove him right.