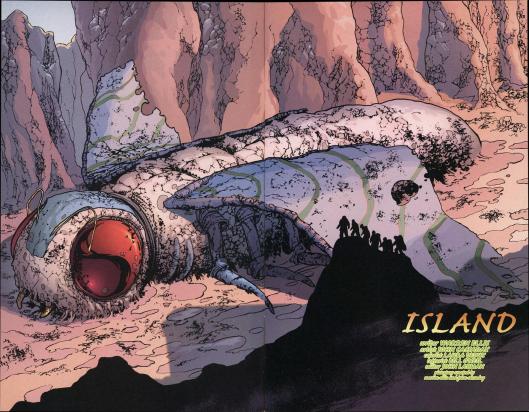 In Planetary #2 we travel to Island Zero. Here we find corpses of famous Japanese movie monsters: Godzilla, Mothra, and Ghidora. As fun as that sounds, things take a turn for the worse when our clinically insane leader forces us at gun-point to snack on the rotting flesh of Godzilla. Barf!

Only Warren Ellis would come up with such a sick idea. His heroes remain bystanders, baffled by the madness. Artists John Cassaday and Laura Martin take us now to the scene of the chow…

As of 2014, the entire series is collected in a single Planetary Omnibus!