Today’s Wolverine feature comes from a 3-issue series by writer Brian K. Vaughan (Y: The Last Man, Ex Machina, Saga, Runaways) and artist Eduardo Risso (Chicanos, 100 Bullets.) We’ve seen Wolverine blown to smithereens by the explosive Nitro, get eaten by the Hulk, and get his adamantium ripped out of his body by Magneto. Now, Wolverine takes the most brutal punishment ever – he gets nuked!

Vaughan sets the story in Japan in 1945. A super-scumbag just made a samurai shiskebab out of Wolverine’s girlfriend. The two begin to settle it as comic book heroes settle things: kicking the crap out of each other. But, they really picked a bad day to be duking it out: the day the atomic bomb dropped. Let’s have a look… 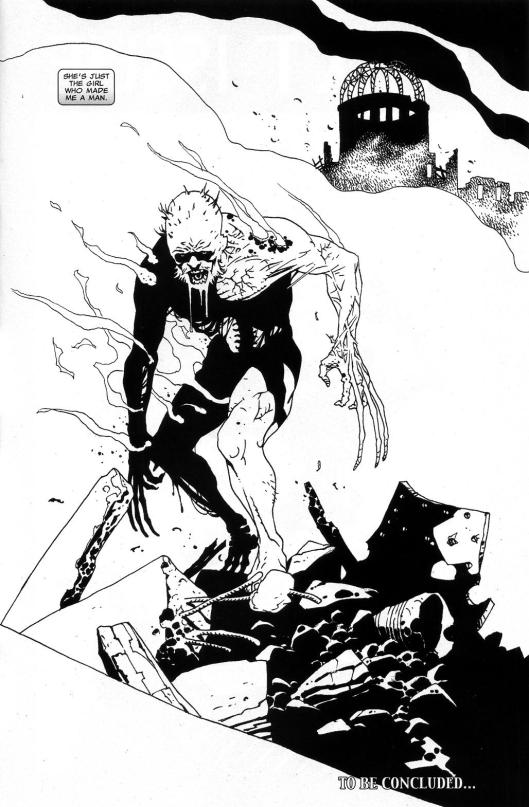