Before packing up our modest collection of Love & Rockets paperbacks, we snapped a few examples of the dramatic and personal artwork inside. Let’s just admit the photos aren’t the greatest, and offer this as merely a peek – a glimpse – of greatness. The Hernandez Brothers treat their cartoons with love. Though many of these stories resonate with us more than others, you won’t find any poorly done stories.

Highlights include the book Love & Rockets X, a riotous melting pot of ethnic, generational, and gender identity conflicts rendered with humor – but not so much sensitivity it doesn’t sting. The stories of female wrestlers remain our favorites, with loveable and pleasingly plump heroines rendered in black-and-white perfection. Our collection held a large chunk of the critically-acclaimed Palomar stories and the earliest Mechanics stories. If you haven’t read any of this historic series before, see if these pages catch your eyes.

Fantagraphics continues to publish new printings every few years. You can browse the Fantagraphics Love & Rockets selection to see what they currently have in print and in stock. Happy Reading! 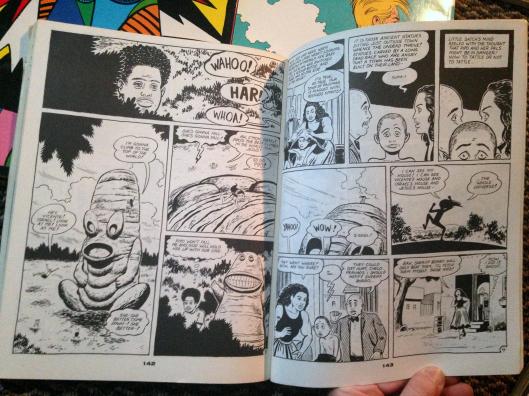 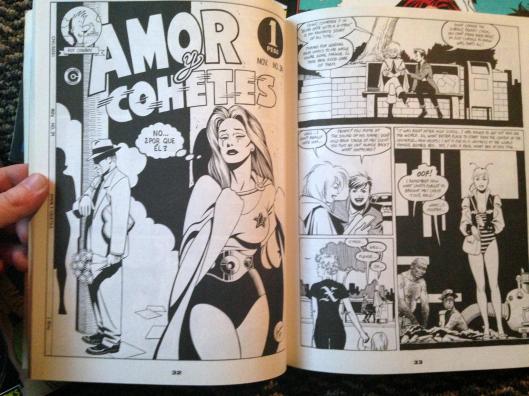 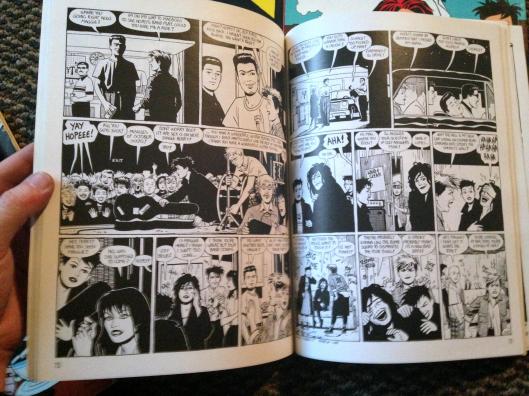 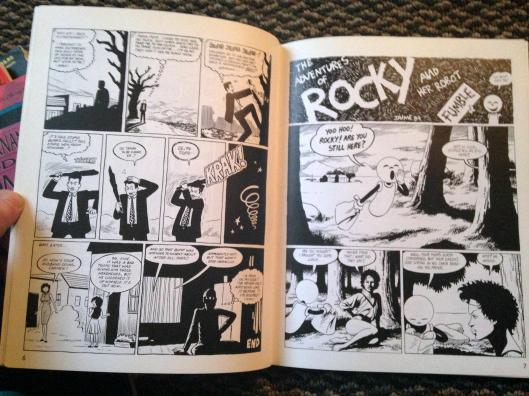 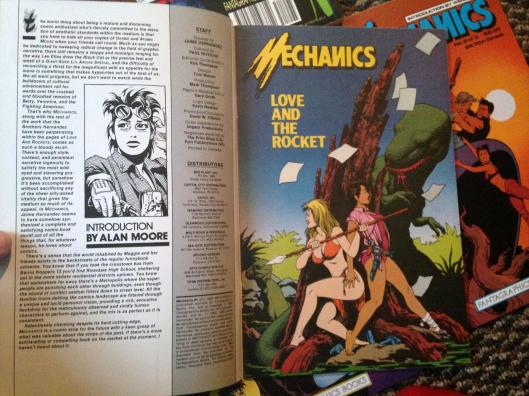 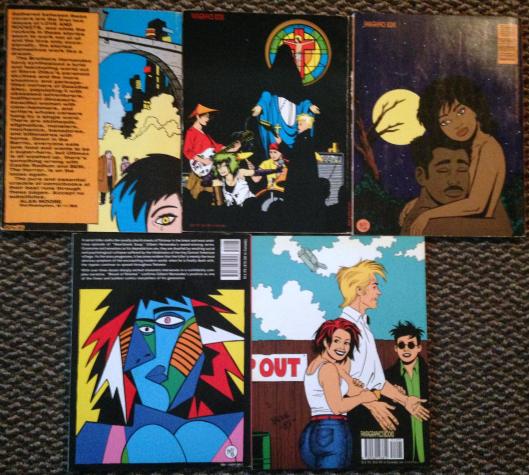 What can we say about Penny Century, an offbeat book by the creators of Love and Rockets? If you know anything about Fantagraphics, you can expect to see things censored by just about every other major comics publisher. The funny thing is, Penny Century #2 is mostly concerned with an innocent childhood tale and would pass a “PG” rating. Then, issue #3 explodes all over the map: science fiction, horror, straight sex, gay sex, full frontal nudity with males and females alike, strippers, lesbians shopping in superhero lingerie – WTF?!?! What the Heck is going on? We don’t know, but it’s quirky, it’s off-beat, and it’s different! See for yourself!

Collector’s Guide:
The Hernandez Brothers of Love and Rockets fame spun off some of their characters into Penny Century. Fantagraphics published 7 issues of Penny Century and collected them in the Penny Century TPB.

The TPB includes all 3 issues of the female wrestling extravaganza Whoa Nellie. Check out our post on Whoa Nellie for some eye-popping artwork!

Feast your eyes on a delectable sample of its voluptuous and bodacious majesty!

Collector’s Guide:
– From Whoa Nellie.
– Reprinted in the Penny Century TPB and also the Whoa Nellie TPB.
– You might also enjoy Love and Rockets. 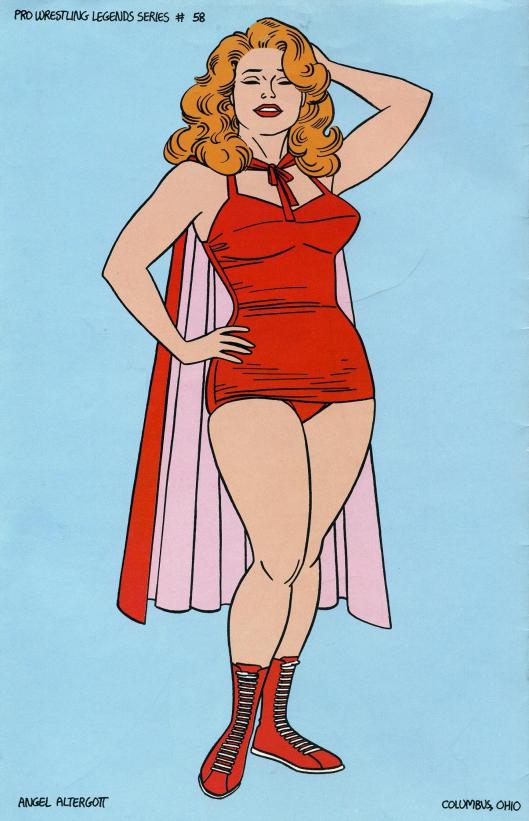