Few things bring us as much joy as scientists mutating into reptiles and taking over the planet. Didn’t you ever just want The Lizard to win for once? Well, this is your lucky day. Let’s rock a scene from Exiles that re-imagines The Lizard’s origin – only without Spider-man to stop his evil plans!

We once thought Todd McFarlane had the last word on drawing The Lizard. But, Jim Calafiore knocks it out of the park on this one. Come to think of it, the versions by Clayton Crain and Chris Bachalo also rule! 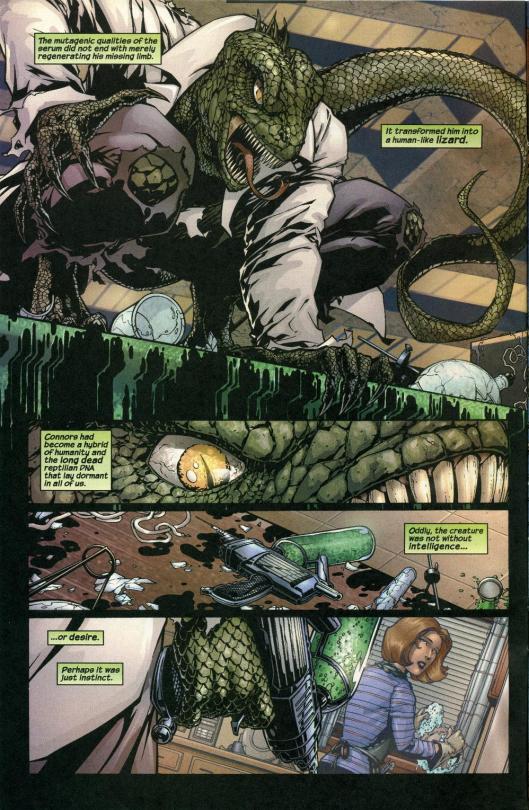