Our first installment of The Library of Female Pirates showcases seven pages from a pirate coloring book called Blackbeard and Other Notorious Pirates by Peter F. Copeland. Copeland gives us the highlights from the lives of Anne Bonny and Mary Read, perhaps the best-known female pirates in the Western world.

Though not as in-depth as other texts we will explore in this series, Copeland’s renderings of weapons, ships, and clothing do much to make the world of Bonny & Read come to life in our imaginations. His portrait of Mary Read, standing with her pistol before a cloud-covered mast bearing the jolly roger, truly captures the romantic vision time has bestowed on these reportedly tough and brutal women of the sea. 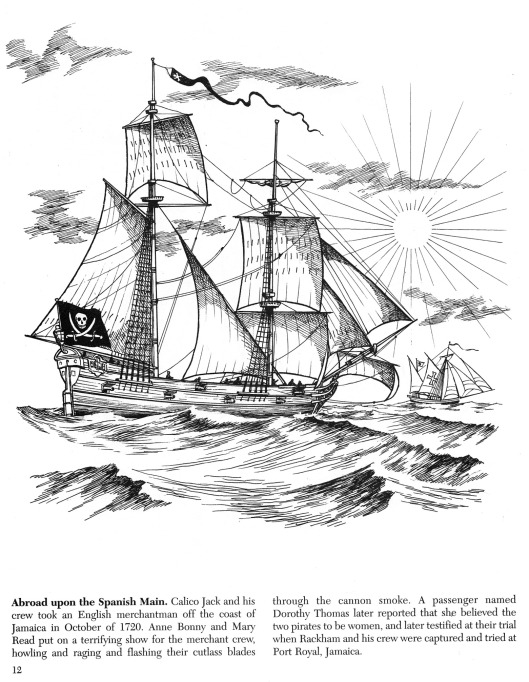