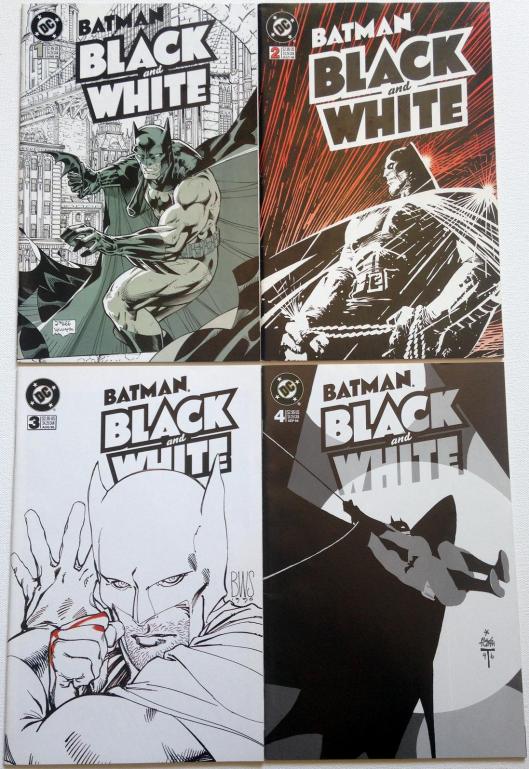 Today we flip through the wide assortment of art styles in Batman Black and White, a four-issue series from DC Comics in 1996. DC would later publish a series of four hardcover editions of Batman Black and White, collecting this 1996 series with two volumes of stories from Gotham Nights and a final volume of all-new material. You can usually find that collection in trade paperback format at about half the price of the hardcovers.

This series really knocked our socks off with so many inventive and beautifully-drawn takes on DC’s iconic detective adventurer. Joe Kubert’s classic approach rubs shoulders with Walt Simonson’s futuristic vision. In one story, a man fantasizes about assassinating Batman. In another, Batman and Joker are depicted as two actors who discuss each other’s wife and kids between their “filmed” fight scenes. In no particular order, here is a sampling of the interior pages culled from pics we took to sell our set on eBay. This is one we would like to read again. 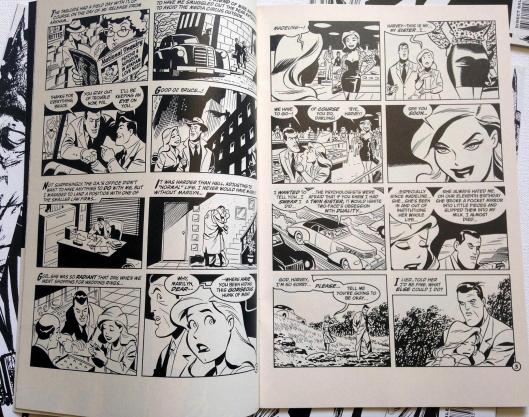 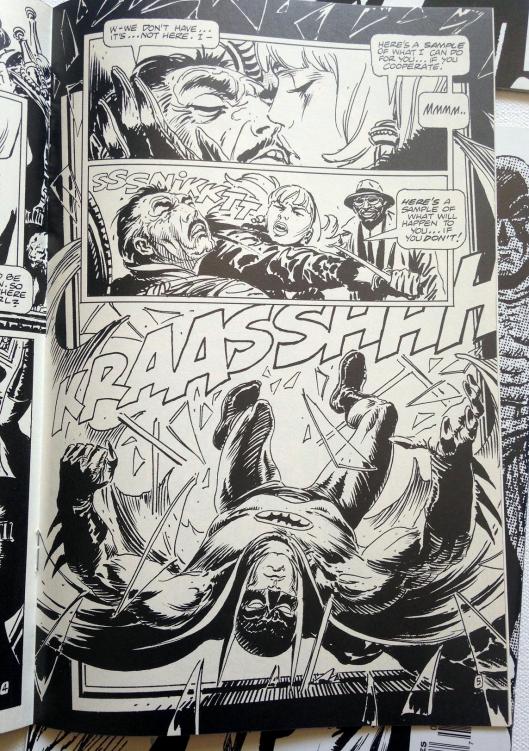 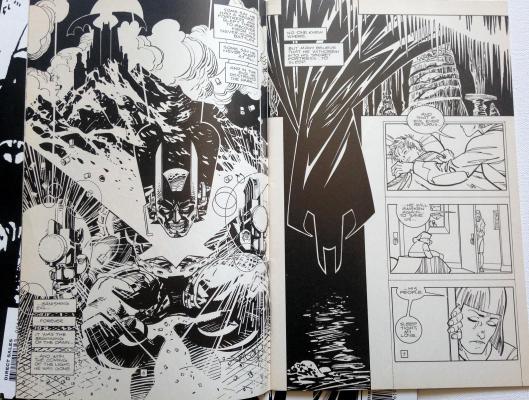 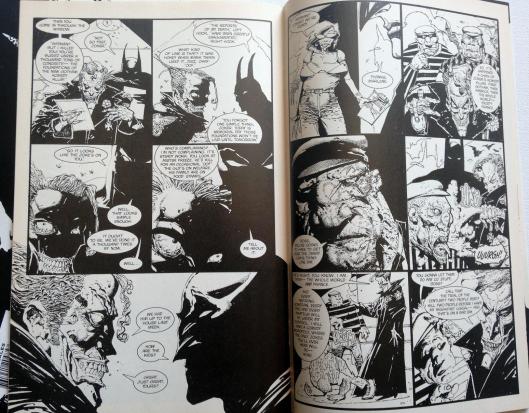 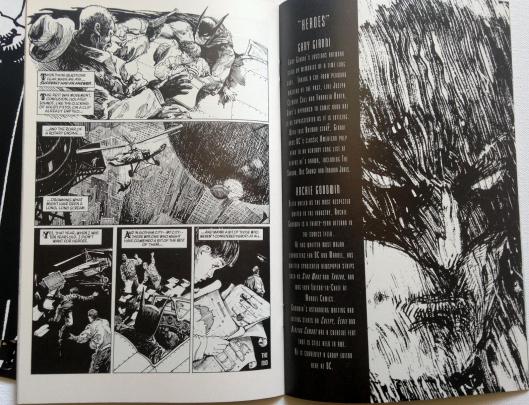 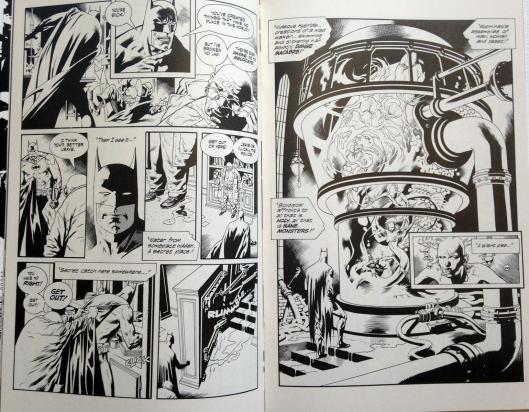 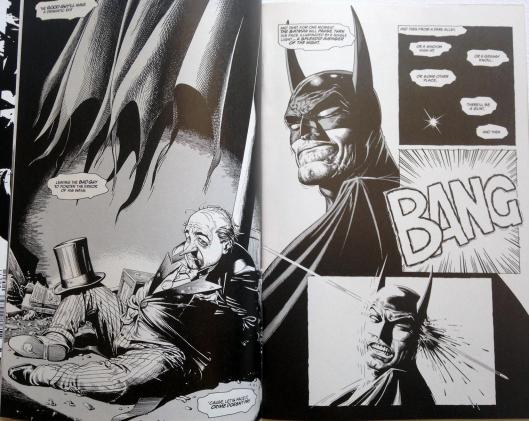 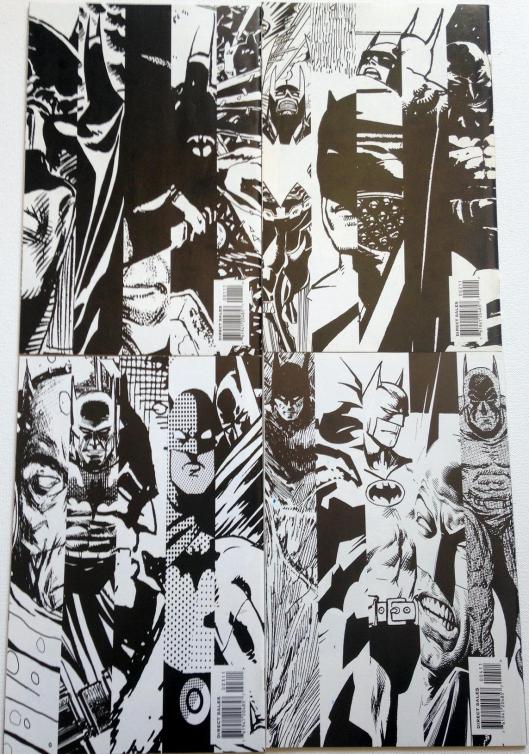 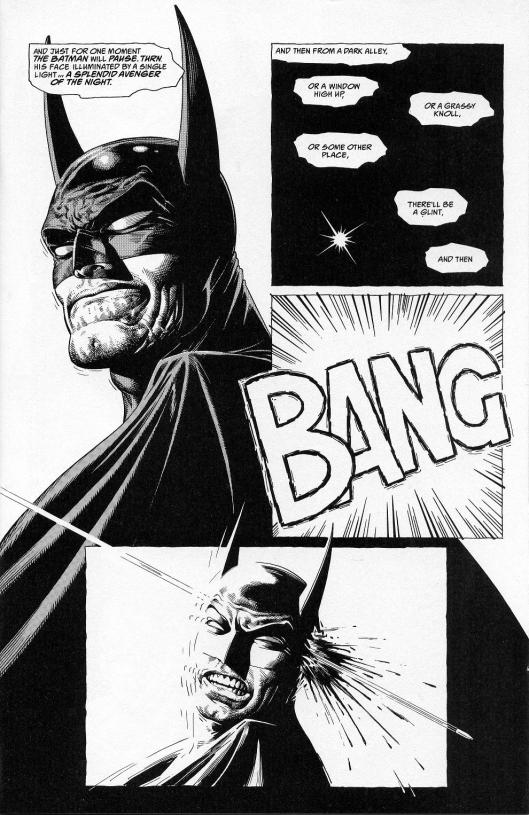 Brian Bolland is THE Judge Dredd artist. He’s also got a great way of portraying Batman. You may remember Brian Bolland’s work on The Killing Joke with Alan Moore. He also created this short story for the Batman Black and White series. Bolland takes us on a wild spree through the Bat-iverse – as a criminal wannabe fantasizes about killing Batman!