In January, graphic journalist Joe Sacco gave this hour-long interview at the Michigan Theater in Ann Arbor. From his journeys to war-torn nations in the Middle East, to an examination of his creative process, the discussion brings together art, history, and concern for human rights. 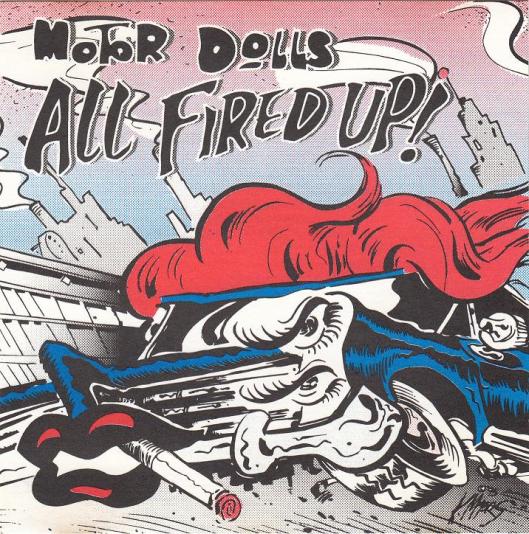 Once upon a time I lived in Michigan and held a copy of this awesome album in my hands as a volunteer DJ at the college radio station WCBN. But that was 20 years ago, and the album has been out of print for some time. So, this month I got a copy from Germany. Yeah, Germany! eBay is an amazing thing.

At WCBN, we had a section of the massive CD and vinyl library dedicated to local music. You could find on that shelf so many great bands from Ann Arbor, Ypsilanti, Detroit, and all over Michigan. But, it was not that special shelf that introduced me to Motor Dolls, though I would often pull this disc from the shelf to play on the air. 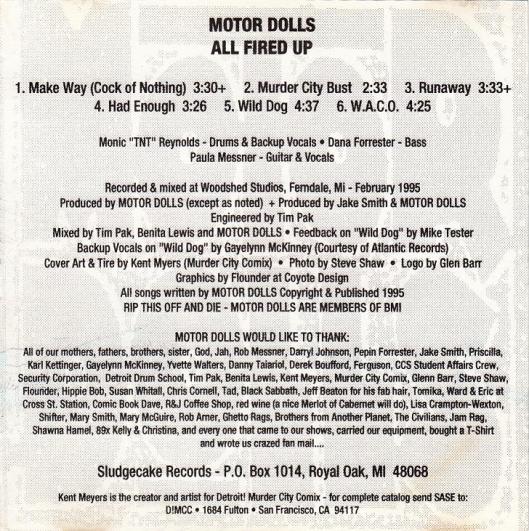 No, I had a friend who was into this band, and we went to Detroit together many times to catch their shows. Motor Dolls could seriously throw down in concert, and we always had fun. So you know what? Instead of recouping my cost by putting it back into the eBay market, I’ll just send him this disc in today’s outgoing mail. He’ll get a kick out of it.

The Motor Dolls t-shirt I bought at one of their shows was one of my favorite pieces of clothing ever, and I wore it until the damn thing practically disintegrated and fell off my body. I haven’t loved a shirt like that in a long time. And you know what? This album sounds even better to me than it did 20 years ago. It would go well in a set with L7, Mensen, and Bikini Kill, for starters, along with Ann Arbor/Detroit legends Big Chief, Easy Action, Speedball, and Wig. 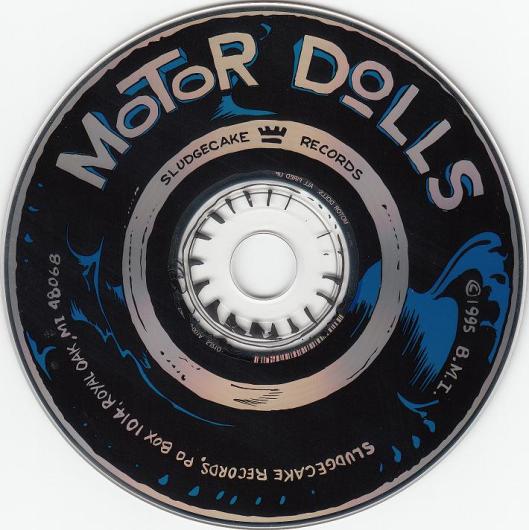 If you want to hear this great little slab of mid-90s Detroit rock, you can buy it on Amazon. Currently, the lowest price is around $20. Feel free to hate me for picking up the only available copy on eBay for less than $10, even including shipping from Germany.

And, don’t forget to pick up the Motor Dolls: Burning Memories album, too! (That one, you can currently obtain for less than $10 including shipping to the USA.) These two albums have never, to my knowledge, been made available as “official” downloads. 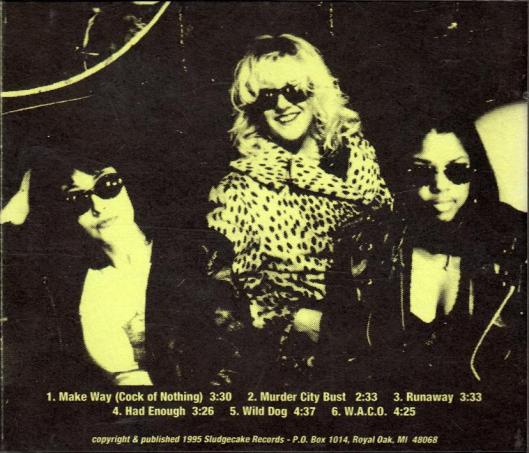 Here’s a Motor Dolls video from singer/guitarist Paula Messner’s YouTube channel. The jam is “You Want It” and appears on the Burning Memories album. Paula was a bad-ass frontwoman, and her rhythm section (Monic on drums and Dana on bass) was a powerhouse. Where are they now? I honestly don’t know. But their rock lives on. 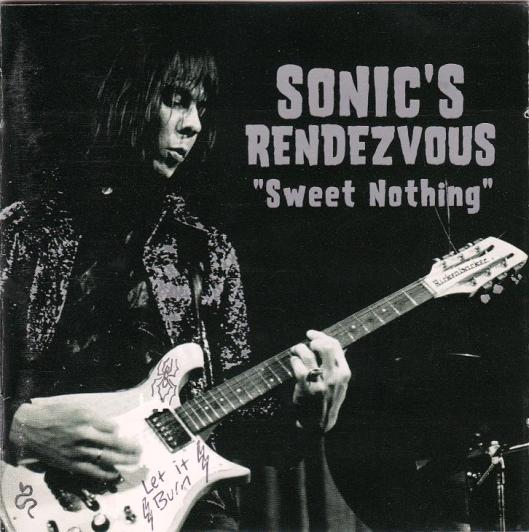 Sonic’s Rendezvous issued this live recording from 1978 twenty years later in 1998. It features the late Fred “Sonic” Smith of the MC5, Scott Asheton of The Stooges, Gary Rasmussen of The Up, and Scott Morgan of The Rationals. It’s a bit of a who’s who of Ann Arbor rock and roll legends.

Though we can’t recall exactly when and where we purchased this disc in Ann Arbor in 1998, it might have been at one of Scott Morgan’s live shows. We caught him once at a basement party in the house of a friend from the radio station (WCBN), and perhaps once or twice at Club Heidelberg. If there is any doubt as to whether or not Scott Morgan’s blues-driven rock guitar impressed us, the not-so-subtle handwriting on the last page of the booklet should clear that up. It looks like we added our own graphics to Fred’s guitar on the cover, too.

Despite our enthusiastic vandalism, this album remains a favorite memento of Ann Arbor’s rocking musical history. Check it out. You can find it on Amazon in CD, MP3 (only $8.99), or vinyl as Sonic’s Rendezvous Sweet Nothing. 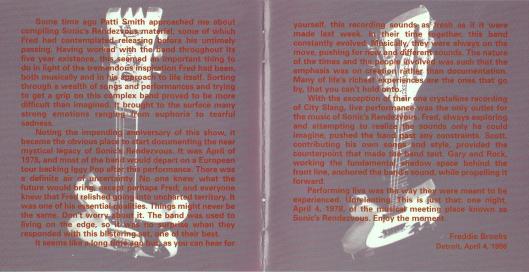 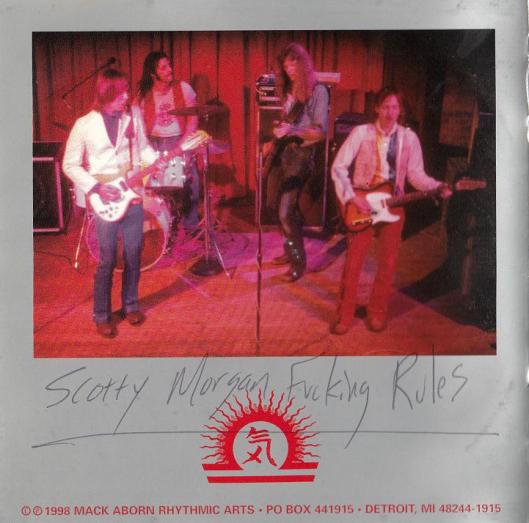 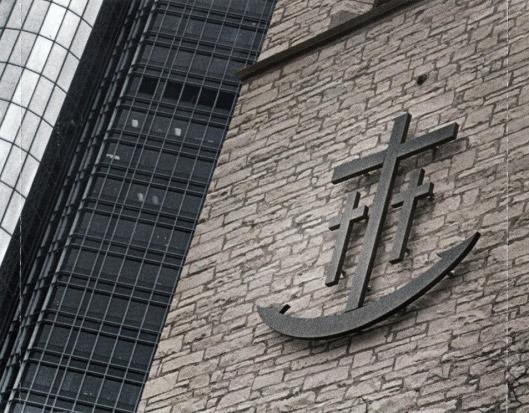 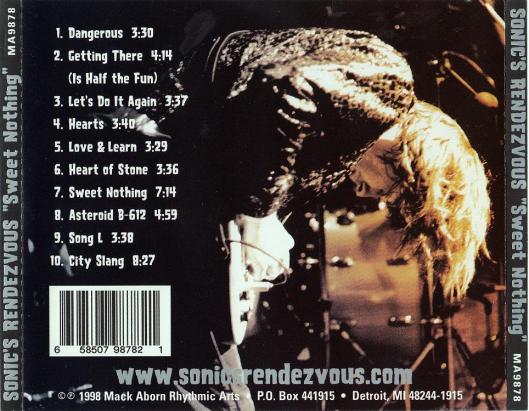 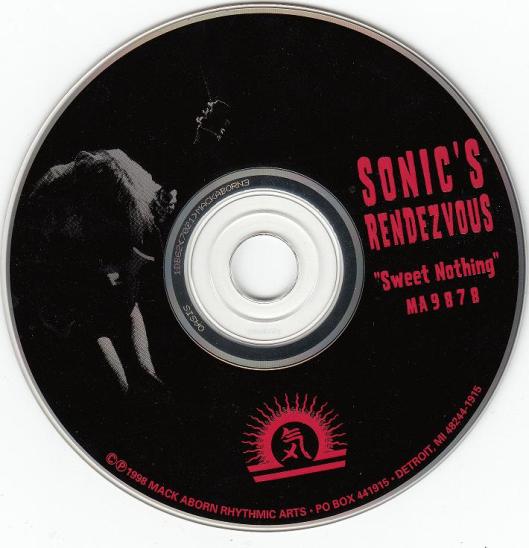