Although you can now download these two albums in mp3 versions which sound better than my old cassettes, I’ve held on to them sentimentally. They are among my favorite hard rock albums of the 1980s, along with 13 Songs by Fugazi, Bleach by Nirvana, and Louder than Love by Soundgarden.

I don’t have any certification or evidence that Henry Rollins really did sign this copy of Do It. I can’t prove its authenticity. But I can tell you that in the mid-to-late 1990s in the rock-and-roll blur that was my twenties, I was in Ann Arbor, Michigan. I heard Rollins come and speak at the amazing Michigan Theatre several times. On one of his tours, he did a book signing right across the street at the Borders bookstore. I went to that signing and asked him to sign my copy of Do It, which was and still is my favorite Rollins Band album.

The inlay to the Screaming Trees tape has obvious wear. You can see the dirt and what appears to be moisture damage to the paper. That’s exactly what it is, and the same goes for the Do It inlay. I never spilled anything on these but they did endure some humid and inclement weather in my old truck when I was travelling back and forth across the country for 15 years as if there was actually something out there worth driving to. Now I am a cynical old bastard who doesn’t even have a cassette player.

The last time I played these tapes was 2009. I played them on a dual cassette deck with a USB output and digitized them into glorious mp3 files. Yeah, it was kind of a waste of time since I could download them now from Amazon or something, but it verified they play. Since then, for six years, they have been stored indoors, free from inclement weather, on my bookshelves with the rest of my pirate treasure. ARRGH! You can see there is a little wear to the text on the cassettes, but you can easily read all the song titles and stuff, and the tapes themselves are in amazingly clean and solid shape for being more than 20 or 30 years old now.

“It’s a one way ride to the end of the universe.” – Mark Lanegan 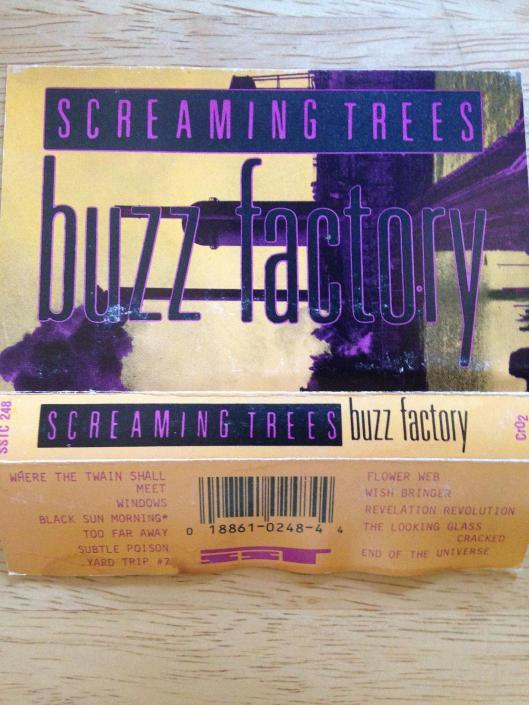