These pages from Amazing Heroes #58 recount the failure of Capital Comics and the subsequent rescue of Nexus and Badger by First Comics. First would eventually have its own problems, but Nexus would survive to join the illustrious ranks of Dark Horse Comics. The stand-out treat of this article, aside from the poignant footnote in comics history, is Jeffrey Butler’s page of Badger and Ham the Weather Wizard surfing.

That masterpiece of madcap mayhem comes from an early Badger story where Ham summons a tidal wave to attack a corporation that wants to chop down his magical oak tree. He’s a druid, you see and… you know what? Trying to explain Badger to someone who hasn’t read it just makes you sound like you are speaking a foreign language. So let’s get down to it and rock today’s 80s flashback! 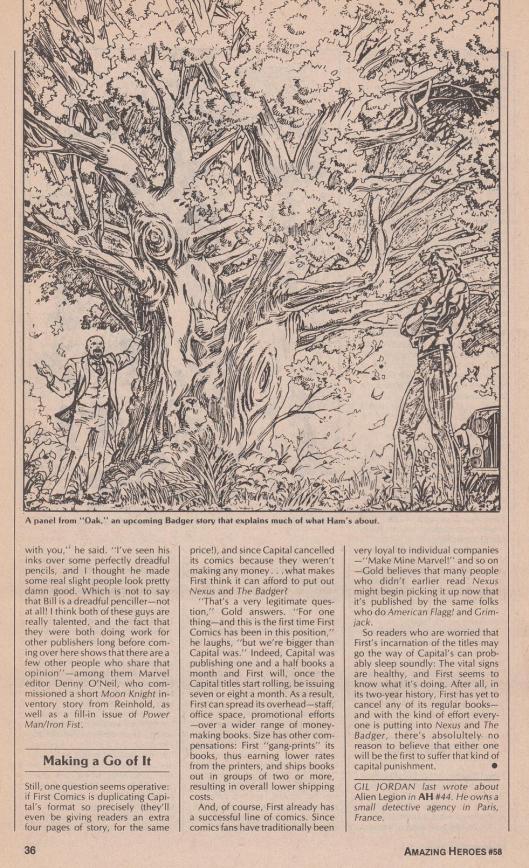 1 thought on “amazing heroes 58: nexus and badger find a home”