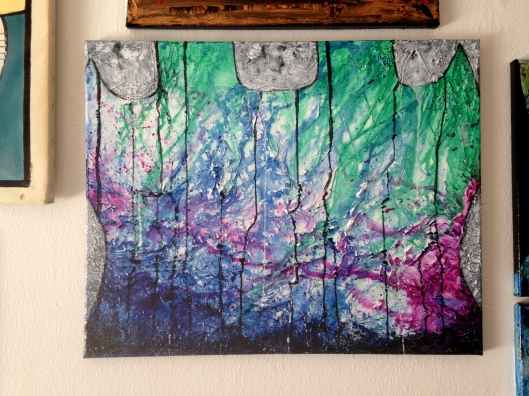 Guitar Fourteen celebrates the unique shape of a double neck guitar. Its rough surface texture and lightning strikes of color across the body suggest energy, electricity, and power.

Gibson’s double neck SG electric guitar became well-known in the 1970s when Jimmy Page used it in concert performances of Stairway to Heaven. About that same time, John Mclaughlin broadened its popularity in his pioneering jazz/rock fusion band, Mahavishnu Orchestra. Why do they have two necks? One has twelve strings, and one has six! Page typically used the twelve string for the pretty chords of the first part of Stairway, switching to the six string for the power chords and guitar solo at the end. The SG’s distinctive double cut-away, often imagined as horns, gives the guitarist unimpeded access to the highest frets on the neck. 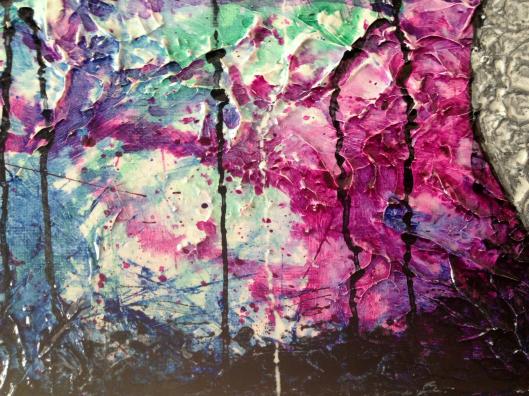 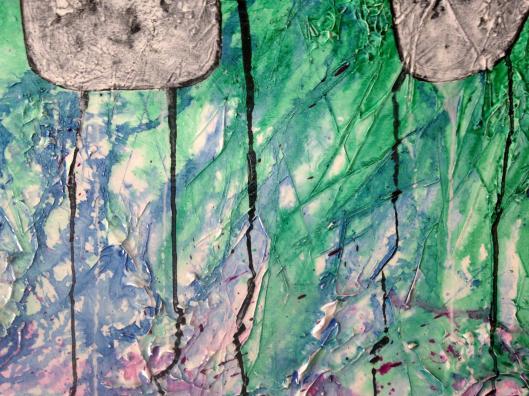 Guitars with two necks came into being well before the 1970s. Junior Brown, for example, plays his aggressive brand of Hendrix-flavored country licks on a double neck guitar of his own design. His incorporates a standard electric guitar neck with a second neck set up for slide guitar playing, the kind you would expect to see on a pedal steel guitar. 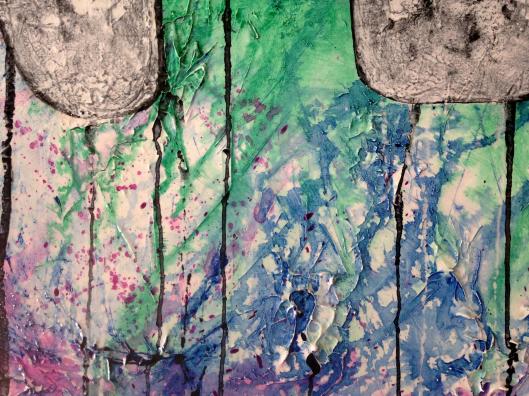 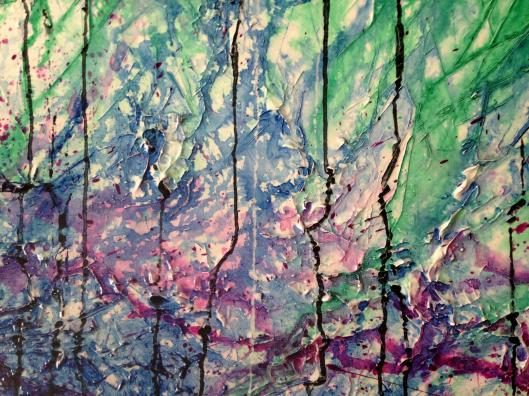 Even farther back in time, unique instruments called harp guitars added sets of unfretted strings to the guitar’s standard set. Gibson in particular blended harp guitars and regular acoustic guitars into some interesting double neck designs. You can find many of them on eBay at collector’s prives these days. If you want to see them in action, check out the Harp Guitar Society. Phoenix guitar virtuoso Bill Dutcher often performs with a harp guitar and recorded a track for one of the Society’s compilation albums.

Guitar Fourteen began as a purely abstract piece. Here you can see it before it became a guitar: 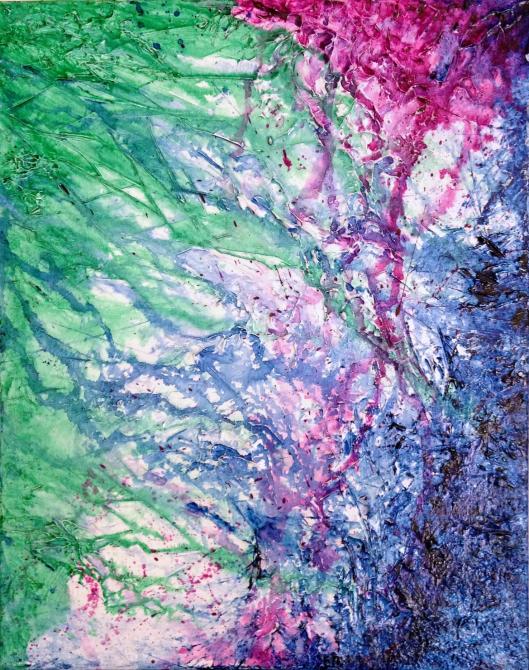 It also went through several stages before the final background. Here you can see it in the stage we almost decided on, with a darker background of deep grey. 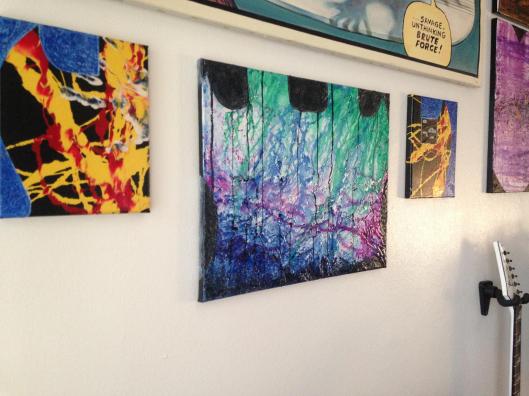 Many of our Guitar paintings are available as framed prints and greeting cards.