Brian used to tell me about these mix tapes his older brother Michael made. He would take tiny snippets of songs and fill a cassette tape with them. Brian described his brother’s selections as only the part of a song that totally kicked ass. This was in the late 1980s when the relatively new combination of “tape decks” with record players and CD players made music-loving teenagers into DJs all across the nation.

For some reason, I never heard these tapes. I only heard about them. So, when I found Michael on Facebook a few years ago, I asked about those legendary mixes! Coincidentally, Michael replied that he had just completed his first set of new mixes in many years. He called them 99 MegaMixes: 99 songs in 20 minutes! He kindly sent me a 3-disc set with these custom-collaged comic-themed inserts. 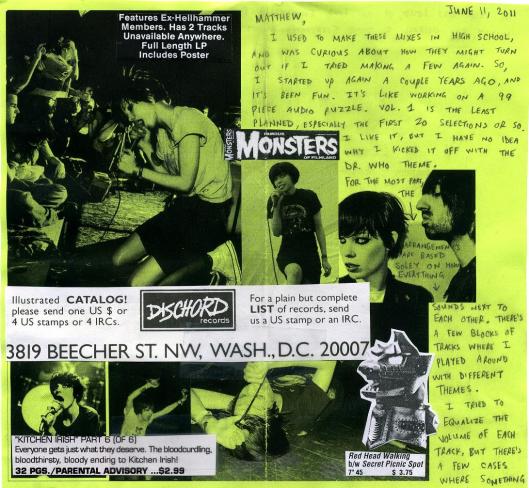