We found this ad for “The World of Dinosaurs” in an old issue of The Brave and the Bold. The book comes from paleontologist Edwin H. Colbert. Dinosaur enthusiasts know Colbert as one of the ten most influential paleontologists. Besides discovering dinos like Coelophysis and Staurikosaurus, Colbert discovered a skeleton of Lystrosaurus in Antarctica, providing strong evidence that the continents of Africa and Antarctica once joined together as what we now call Gondwana.

You can sometimes find copies of this 1961 dinosaur book on Amazon, among other books by Edwin Colbert.

George Geygan illustrated this book. Though we don’t know for sure, it seems to be the same George Geygan who did some covers for pulp novels, a book by Henry Treece called The Invaders, and the 1959 First Book of Astronomy. 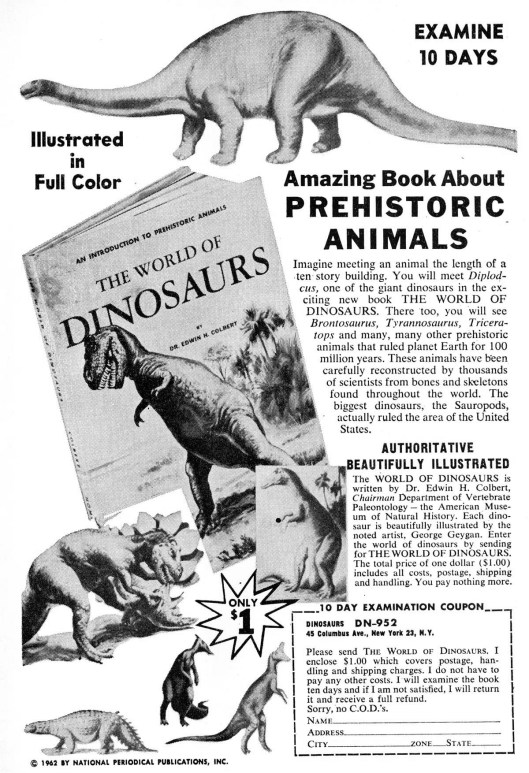