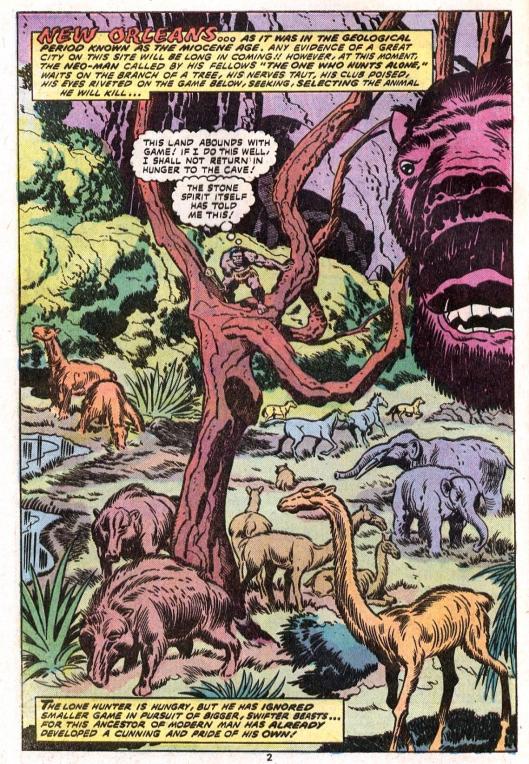 Jack Kirby’s first stab at adapting Kubrick’s 2001: A Space Odyssey won’t even fit on our scanner. It’s the Marvel Treasury Edition of 2001 and stays pretty faithful to the movie. After its success, Marvel gave Jack Kirby free reign to continue the story in his own cosmic way.

For the first 7 issues, Kirby takes human beings and transforms them into “New Seeds,” the interstellar babies that Dave becomes at the end of the movie. At the Jack Kirby Museum, they theorize this was Kirby’s coming to grips with death as yet another stage of human transformation, rather than the pointless tragedy he witnessed first hand on the battlefields of World War II.

That may be the case. We don’t know for sure. But we do know that these 2001 stories rock! Where do we sign up for the monolith transformation?! And dig all these awesome prehistoric mammals Kirby threw into the mix in issue one! Enjoy “Beast Killer!”