George Perez and author Jim Shooter wrap up the “Bride of Ultron” two-part Avengers story in style. You’ll witness the first appearance of Jocasta here. Jocasta played a role as a minor supporting character for a time, without being inducted into the Avengers. She starred more recently in The Initiative and Mighty Avengers, and the Heroic Age. 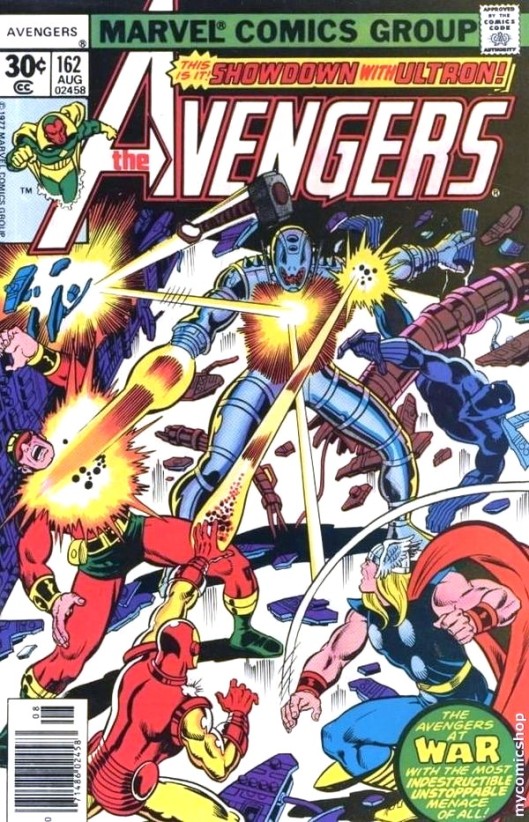