If you read our Top Ten Favorite Single Comics Issues, then you know we’re huge fans of Jim Lawson’s pure dinosaur comic series “Paleo: Tales of the Late Cretaceous.” This summer, Jim crafted a masterful new story called Loner for the Paleo series, and published it online – one page per day. Now, put down those copies of the DC re-launch and get hip to the REAL comic book event of the year: Loner!

Loner chronicles the life and times of a Tyrannosaurus Rex in the most savage, brutal, eloquent, poetic, and thoroughly riveting way. Jim tells his story with perfect pacing, every page and panel composed to convey exactly the right mood. Loner is also horrifying in a way that reminds us of Stephen King’s The Stand or Cormac McCarthy’s Blood Meridian. Jim Lawson may have just produced the greatest pure dinosaur comic of all time – unless he’s got another one in the works!

But we like to let comic books speak for themselves. So, with Jim’s permission, dig this five-page opening sequence. Then surf on over to the offical Loner site. To read the pages in order, start with Page One and work your way through the whole story using the Archive section in Jim’s sidebar. 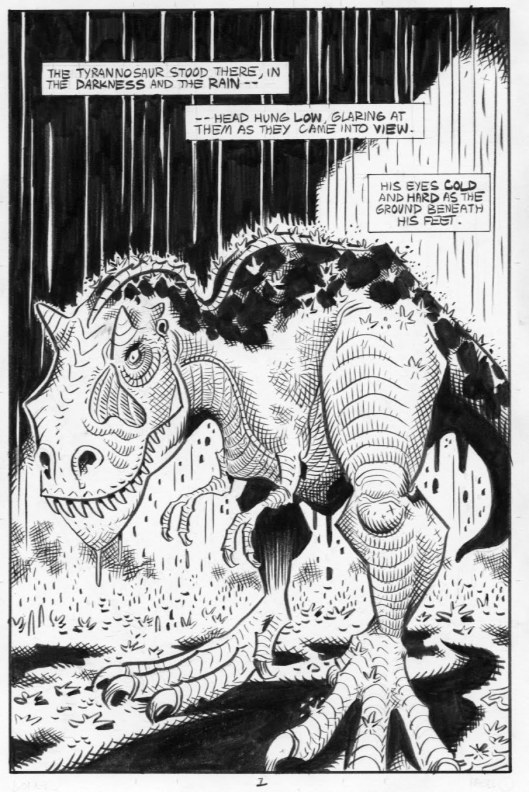